To be recognized as the company of choice for seekers of quality security services and products.

To provide quality security services, through trained professionals within an efficiently run organization while meeting and exceeding client expectations. Past Executive Director of Operations and Security for the CN Tower, one of the world’s most prestigious icons and tourist destinations. Prior to this, Nick was the Corporate Director of Security for TrizecHahn, at the time one of the largest real estate firms, owning properties in North America and Europe, and later to be acquired by Brookfield Properties.  Nick was responsible for facility security for TrizecHahn’s office properties; consisting of over 60 million square feet of office, retail and development space. This role included security responsibilities at signature properties such as The Watergate office complex in Washington, the Sears Tower in Chicago, the CN Tower in Toronto, the W.R. Grace Building in New York City, Desert Passage in Las Vegas and the famous Hollywood Kodak Theatre.

Nick is a graduate of Queen’s University Business School obtaining the MBA, a graduate of the University of Toronto’s Facility Management program, and has studied criminology at the University of Toronto.  He is a Board Certified Fraud Examiner; current Treasurer of the Toronto Police and Private Security Association (TAPPS) winning the 2008 Chief Shanahan Award from the International Chiefs of Police Association for Excellence in Public and Private Partnership Cooperation; and taught at Sheridan College from 1994 –1997 in the Law and Security Program (loss prevention and emergency planning).

He has presented at the World Disaster Conference, International Association of Amusement Parks and Attractions, and the Ontario Bar Association, IFMA and taught part time at the University of Toronto Facility Management Program. He has received numerous appreciation & award presentations from the RCMP Training Branch, the RCMP Combined Forces Special Enforcement Unit, Ontario Provincial Police, United States Secret Service, NATO Office of Security, International Police Association, Canadian Society of Industrial Security and many others. Nick is one of few recipients of the Honorary Detective “Gold Shield” Badge from the Toronto Police Service. He has been featured in many publications including; Canadian Security Magazine, Toronto Sun, STP News Magazine, and Security Matters Magazine several times noting leading edge, informative, innovative security solutions and commentary. 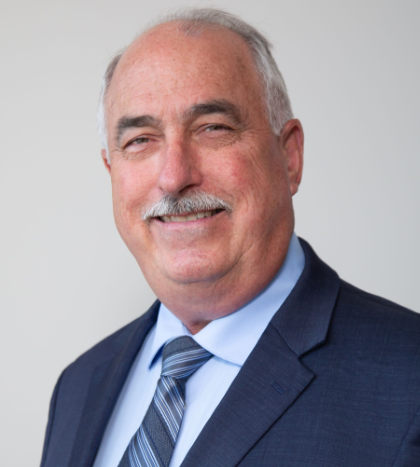 Kim was a veteran investigator with the Toronto Police Service.

His career spanned thirty years, assigned to specialty units such as the Emergency Task Force and the Homicide Squad.  Both of these units require the ability to evaluate the threats and risks of a situation and then apply the appropriate solution through incident management and event management principles. In these functions, the ability to work in a unified command with other jurisdictions or services that have the legal authority to be included was frequent.

After retiring from the Toronto Police Service in 2003, Kim commenced conducting private sector investigations, audits and training for corporate clients.

Kim’s training programs were conducted in several areas of criminal and civil processes, but greatly expanded on Emergency Management and the application of Emergency Management, including Incident Management, Operating an Emergency Operations Centre, Joint Operations and Unified Command. He was also accredited to teach law enforcement officers in New York for the State Bureau of Criminal Justice Services.

Following his retirement from law enforcement, for over six years, Kim oversaw the security department of Durham College and the University of Ontario Institute of Technology (UOIT), departing as Director of Campus Safety in 2012.  This role was specific to Public Safety, Security and Emergency Management at all of their campuses. Leo Manos is a career security professional, having managed security operations for numerous high profile venues and facilities over the course of his career.

Prior to Executek International, Leo’s most recent experience was as the Director of Security & Loss Prevention for the St. Regis Hotel & Resorts, previously known as the Trump International Hotel & Tower Toronto – the second tallest skyscraper in the City of Toronto. In this role, he was responsible for the overall creation, implementation, and management of the security program at the hotel from inception to current practice. Responsibilities included security procedures, business continuity planning, management of the security workforce, and executive protection details relevant to the hotels stakeholders. This included the oversight of corporate standards, policies and procedures and implementing and adhering to thorough industry standards and internal auditing processes. Over his career, Leo was the Director of Security for other top tier hotels in Toronto including the Royal York Hotel, and The Hazelton Hotel & Residences.

Leo has participated in key security roles for some of Canada’s largest special event portfolios including the 2010 Vancouver Olympic Games, where he was responsible for security for Team Canada and Fortune 500 companies partnered with the Olympic Games. This role and the many others like them require intense security planning, risk assessment development, liaison with local law enforcement entities, and balancing the needs of clients against the guest experience. His experience also includes oversight of security programs in critical infrastructure properties including the Canadian Security Intelligence Service, Government of Canada, Canadian Imperial Bank of Commerce, and the Air Canada Centre.

Leo is the holder of over 40 certificates of training related to the fields of security, law enforcement, and life safety. In 2006, Leo was first runner up to the Security Director of the Year award for his substantial work in upgrading his facilities physical security and response strategies. Over his career, he has been highlighted or contributed to industry literature including Canadian Security Magazine, Hotelier Magazine, and Security Management Magazine. He is currently the Vice Chair of the Toronto Association of Police and Private Security and is an active participant in industry events and association activities. Glenn Phyper served as a Staff Sergeant with the Toronto Police Service for 31 years, where he distinguished himself as a leader and innovator.

Upon retirement in 2007, Glenn has assisted clients in creating world-class, standards-based organizational resilience by integrating governance, risk, emergency management and business continuity principles into unified, practical solutions.  These include: 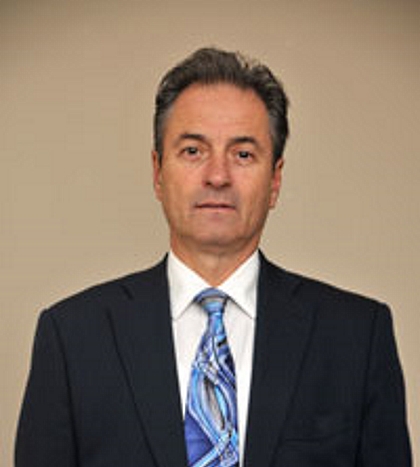 Ian MacGregor is a Security Specialist who has over thirty years of service with the Ontario Provincial Police, which have been characterized by continuous learning and diversification of skills including Close Protection, Advanced Firearms and Anti Ambush Driver Training.

Ian has worked extensively to build a broad spectrum of knowledge and experience in the policing and security community which includes assignments involving national and foreign dignitaries within North America and abroad, as well as supervision of international events such as the 2015 PanAm Games. As the owner and President of Cancheck Background and Screening, Karen Layne brings years of invaluable experience to the Executek International team as a strategic partner responsible for delivering unbiased screening solutions that enable clients to initiate smart hiring solutions and informed choices. Sean Blackmore is a seasoned law enforcement professional with 41 years of combined policing and intelligence experience.

Retiring from the United States Secret Service (USSS) as the Canadian Liaison to the Toronto Resident Office, Sean was responsible for investigating cases and obtaining intelligence on matters of pertinent interest to the United States of America. As the principle point of contact between the US Secret Service and Canadian law enforcement groups in Southern Ontario, Sean was vital in establishing strategic partnerships and embedding US law enforcement personnel in local agencies to combat fraud, counterfeiting, and organized crime with US connections. He was responsible for conducting background checks, protective advances, and personal security on persons of US interest.

Prior to his role with the US Secret Service, Sean was an investigator for the Canadian Security Intelligence Service (CSIS) obtaining Top Secret Canadian security clearance. During this period he was responsible for conducting investigations and preparing reports for government agencies and the Department of National Defense. In addition to journal and conference publications, Michael has written two computer science books, one on algorithms from an engineering perspective which is currently in its second edition: An Introduction to the Analysis of Algorithms.

With a PhD in Computer Science and Mathematics from The University of Toronto, Michael’s expertise will allow Executek to stay on the cutting edge of Global IT Security. This will ensure that Executek delivers on-going, state-of-the-art security provisions to a clientele who demand tomorrow’s IT security solutions today.